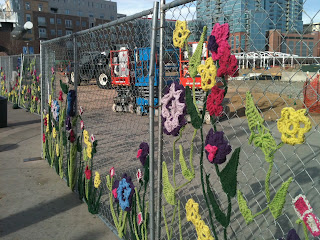 My favorite kind of deliberate beauty is the kind that has no point, like an architectural flourish on a government building, an old lady dressed up for the grocery store or an elaborately decorated dumpster. Since I've been feeling cheesy-corny lately, I'll just say it: It gives me hope. 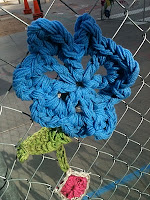 I'm a news junkie, always have been. Though my habit is not at its peak level of a few years ago (NPR every morning, followed by two actual newspapers, 10 magazine subscriptions and countless online sources), my habit is to take in gobs of information. This has not helped my feelings toward the human race as a species. (We cause an awful lot of damage.) My writing gig at BlogHer, covering animals and wildlife, has only intensified these feelings. 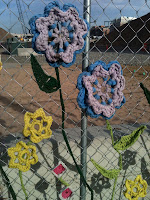 So, when I see humans do something completely spontaneous and wonderful, I cling to it. I read about it, read it again, write about it, spread the link and try to throw it into conversations. Y'see, I've finally learned to use my communication skills for good instead of evil. Humans, fumbling hairless meatballs that we are, need all the good press we can handle. 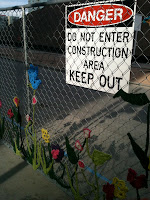 Thus, I am sharing these awwww-inspiring photos from downtown Denver, where a massive construction project next to Union Station has been underway for quite some time. Naturally, a chain link fence surrounds the plot - just a typical urban site.

Until a few ladies came along and attacked the fence with some crochet hooks. The result is a 'flower garden' that decorates an otherwise drab scene. Better yet, it is located on a walkway that leads to a viewing platform that leads to shops, restaurants, biking trails and a skate park. 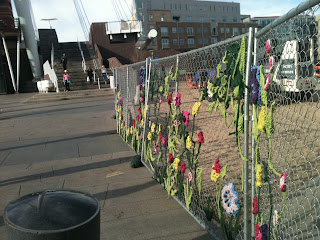 Evidently, the Denver Office of Cultural Affairs reached out to a group called the Ladies Fancywork Society and requested their handiwork. In all, 30 12-foot panels are covered with their happy creations of flowers, bugs and plants. That somebody somewhere in that bureaucratic machine actually thought this up and made it happen, makes the yarn garden even more amazing. I notice that others have added their own creations to the fence; art begets art. 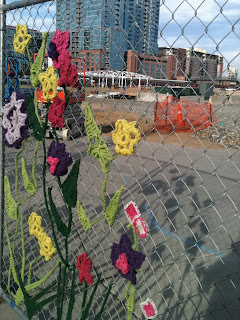 Sometimes no reason is the best reason of all. 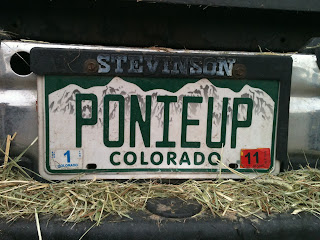 We all get one trip through the tunnel of life (that we can remember, some say) and that has always been my biggest challenge. Trouble is, I want to do so many things, see so many places and take on an endless array of personas that I worry I won't accomplish them all. I get older and the list gets longer; my rustic math skills tells me things may get left undone. URGH.

And yes, bored people confuse me. 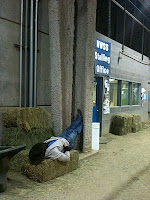 But here in Colorado, my inner Cowgirl has so many outlets to run free. I can mosey on down to the Silver Quarter Acres Barn near my house and let Noodle run free. I can get horse poop in the grooves of my tires or wear my cowboy hat without raising an eyebrow.

Best of all, I get to be a volunteer for the annual National Western Stock Show that's been happening every January for the past 105 years.

I had a wonderful childhood, don't get me wrong. In fact, I consider myself somewhat spoiled. Our family was constantly loading into the motorhome to explore the Southern California mountains, desert and beaches. But part of me wishes I had been a 4H kid, the kind that knows how to deal with cows and sheep, chickens and pigs, y'know? 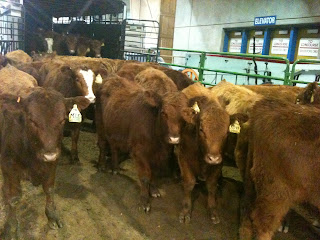 So, I now play catch-up at places like NWSS where I like to pretend that my knowledge about Longhorns exceeds my knowledge of celebrities. Not so deep down, I am your basic actress who has simply learned to play a role.

In a recent conversation at NWSS, I confessed my suburban LA upbringing to a fellow volunteer. She looked me up and down and said, "Well, at least you look the part." 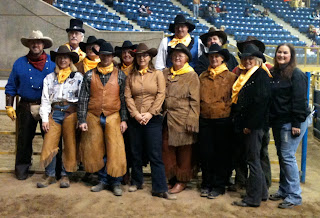 And if there's one thing I learned from my SoCal past is that this is all that really matters. Perception is reality.
Posted by Heather Clisby at 3:59 PM 2 comments:

This phrase blinked at me the other day as I attempted to buy gas. Evidently, I had swiped the wrong card and the gas pump's mechanized payment system was in serious doubt about our relationship.

The thing is, the gas pump has every right to be concerned. I have been seeing other gas pumps for awhile now. Some because they smell better and some just for convenience. And yes, I'll admit, some just because they are cheaper. I'm not sure what is wrong with me but I feel no guilt. I mean, it's not like we ever discussed exclusivity in our relationship, y'know?

And the more I think about it, the more I resent having to defend my methods in meeting my own needs. Sometimes the void of my empty gas tank cries out for attention long past the 10 p.m. closing time of my primary pump. I need more.

And what of the other cars I see pulling in and out all day long? Are they being held to the same standards of loyalty as I? Exclusive my ass. I hear the scuttlebutt and that nozzle has likely been in tanks you only hear about on Jerry Springer. 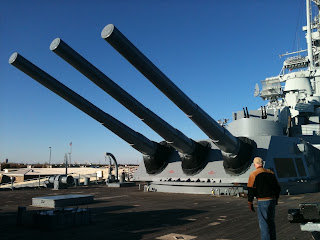 Though I am partial to Chinese New Year (which begins Feb. 3rd this Year of the Rabbit), there's nothing quite like a brand new calendar to make the future seem limitless.

Naturally, I've got lots of New Year's Resolutions ("Spend more time outside", "Play more music", etc.) but with my life being officially half over (I plan to make it to 90+), it's time to get serious and take a few things off the 'Long-Term Dream' shelf and bring them out into the light. My manifesting skills are mighty, loaded guns really, so I just need to sharpen my aim.

My holiday in Mississippi was lovely, as usual. The above photo was taken on the USS Alabama, which is docked in Mobile Bay, Alabama. Dad and I scampered all over the WWII battleship to celebrate my other birthday - the day I was adopted - on December 27th. 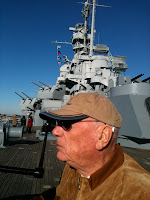 Though Dad is a bit stooped these days, he flew around that ship like the young Navy man he once was. He'd specialized in underwater demolition and was trained as a Navy SEAL before they had a name for it.

Because he worked on so many covert operations during the Korean conflict, he was barred from obtaining a passport for many years for honest-to-God fear from the U.S. government that he would be kidnapped and tortured for information. I only recently found this out.

Then, there was the small matter of being abandoned on a reef for three days with two other Frogmen and surviving on fish and kelp - another incident he casually mentioned just in the past year. 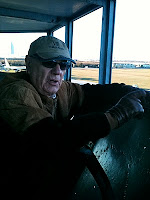 So, it was wonderful to follow Dad around that ship and watch all his Navy memories rise to the surface. I heard story after story - good friends, rough conditions, practical jokes, scratchy blankets and tight bunks. People were simply made tougher back then, no doubt about it.

Dad comes from a generation that didn't waste a lot of time walking around feeling entitled or whining about what they didn't have. Self-focus was not a standard way of passing the time, as it is today.

Which leads me to an abrupt explanation of why my postings here have slowed a bit. (Actually, not sure if anyone is still there. Tap, tap... Is this thing on?)

Like any good blogger, I'm a blazing narcissist but I've also grown a bit tired of the online existence. God knows I feel compelled to write up my experiences and still think I'd make a damn find talk show host, but the ME schtick has worn a bit thin. I crave more face to face conversations and real-life connections.  Hence, the co-habitation and co-housing situation that I now find myself in; real life beats virtual life every time. 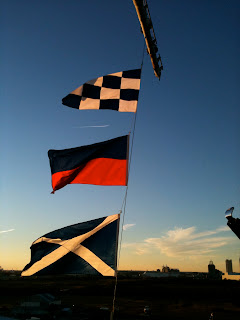 My other blog, Second Chance Ranch, chronicles the other half of my life as an organic farmer in North Dakota.

Heather Clisby
Living on the family land in my camper trailer, The Mae Flower, a long, long way way from my former lives in LA, Francisco and Denver. With lots of luck, effort and curse words, I may even grow an organic thing or two.

This is a Flickr badge showing public photos and videos from ClizBiz. Make your own badge here.